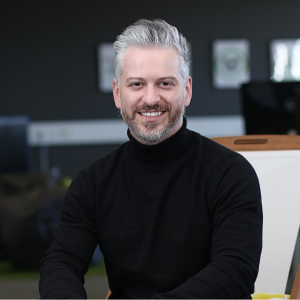 Updated for 2020: Well, not really. These examples of classic growth hacking from our original post in 2014 are still genius. So we’ve left them here for you to draw inspiration from history.

I’m an avid reader of geeky, entrepreneurial things. For some reason I’ve never really connected with fiction due, perhaps, to finding the wait too long to handle.

I love movies, but that’s because they’re over in a few short hours. I now know enough about myself to understand that it’s the impatient part of me that is probably to blame.

When it comes to anything start-up, however, I can lose myself for hours!

‘Growth Hacking’ is a term used to describe startups who generate massive growth/following by using (often) simple techniques that do not necessarily require a lot of investment.

This is mostly about leveraging other, more established, platforms. It’s about allowing your users/followers to do the leg work for you. It’s about finding ways to scale.

Often, in business and life, there are obstacles that confront us that simply require us to think creatively for the solution. Deep down, most of us ‘hack’ in some form or another.

Consider the cheeky motorist who parks illegally on a double yellow with their hazard lights on to avoid getting a ticket (whilst they run in to the shop to buy a last minute birthday card).

Or the smart opportunist who seeks to capitalise on an event, or fails miserably trying (see right). Regardless, the thought was there.

So here is a list of 20 retro Growth Hacking examples to help get your creativity on:

That leads me to conclude this post. I’ve ended the list of growth hacking examples above on a very important word: “share”. In growth hacking, the rewards are found easier by leveraging the effort of others.

Look back through the growth hacking examples above and you’ll see that many of these companies used other, more established, platforms to get noticed, or rewarded early adopters for sharing with friends.

In most cases, there was a transaction taking place between a user and a potential user. The beneficiary, in most cases, is all three parties. Because of this, the hack works!

So, how can you ‘hack’ parts of your life for the better? My advice would be to start at thinking about how you can share more freely to reap the benefits.

Let us know how you get on – we’d love to hear your growth hacking examples ?